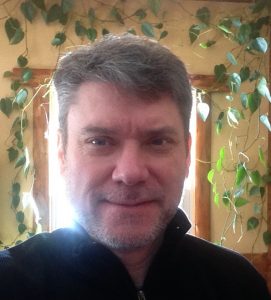 James Anthony Curtis was born a sensitive and has had intuitive interactions all his life. From an early age, he felt the energetic fabric of his surroundings on a deep vibrational level which often overwhelmed the nervous system affecting physical, emotional, and mental wellbeing. Growing up he consistently questioned the nature of human existence, and sanity in relation to three-dimensional living. Frequently he experienced rifts in reality, where energetic conversations would take place beyond his comprehension at the time; these communications led to a sense of both comfort, and confusion, where he began to seek relief believing he had an overactive imaginative mind.

At the age of thirteen he began to drink in an effort to calm the nervous system, but by the end of high school and early into college, this turned to a full-blown drug addiction. Repeated attempts to cover, avoid, and quell his overly sensitive nature ironically helped to surface the deep places within his soul asking for attention. This eventually led to a passionate quest for the truth, which began a journey of inward exploration and transformation.

James became homeless for several years, living on the road where he continually received visits from otherworldly beings, which he describes as ‘agents’, or angels, spirits, and energy guides in nature. It was in these years that the doors were opened to vibrational teachings as he allowed himself to move into dimensional rifts. Communion revealed the nature of habitual patterns, and he became an experienced shadow worker through his own resolve at healing, which led to a deeper path of awakening, granting insight into the substance of faith as an evolvement process.

Coming back to his home state of Pennsylvania in 1993, he joined a 12-step recovery program, which is based in fourth-dimensional teachings and has been the cornerstone that would launch him into fifth-dimensional resolve. Ever since, he has gradually embraced being taught by ascended masters, future self, and universal consciousness as it manifests for his ongoing expansion in self-realization. His drive to share the nature of the universe, and more specifically how it works manifestationally in coordination with the human soul, is his passion. Currently he works as an insightful guide, spiritual advisor and support in helping others to embrace emotional debris, see their manifestational process, offering practices such as holding the heart, shamanic journeying, and abiding through difficult or painful feelings in the ascension process.

James continues to write daily, inspired by the teachings in his sensitive nature, guided by loving compassion for all beings. For more information, or to engage him as a speaker, guide, or personal assistant in ascension, email him at: deeplyrootedinlove.com@gmail.com